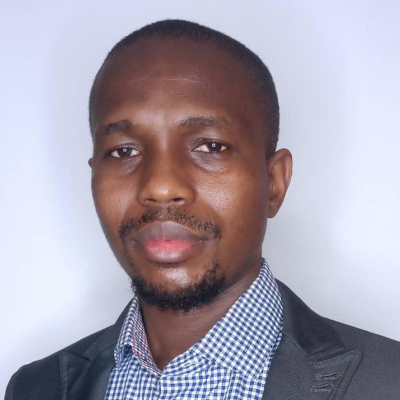 Muhammed is an astute real estate and communication professional with keen interest in real estate, finance planning and analysis, Investment and human capital development. He is self-motivated, creative, goal-driven and an enthusiastic individual. A combination of his interpersonal skills and resilience allow me complete tasks effectively and to the highest standards. He holds a degree Accounting, currently an Executive Masters Student at Rome Business School, Italy and also taking a Masters at VIU-Internacional de Valencia, Spain studying Marketing and Communications.

He leverages on past experiences from various field including Finance, Marketing and Investment.  He had gathered banking experience with Access Bank Plc, United Bank for Africa Plc (UBA) and Oceanic Bank International Plc now Ecobank Nigeria and his professional practice in Accountancy and Auditing with Bello Daku & Co.(a firm of Chartered Accountants) and Pensions Funds Administration with Pension Alliance Limited(PAL). He is able to work pro-actively as a key team member, using his acumen to initiate ideas that will help achieve the common goal. He absorb new ideas quickly and apply them accurately.

He is currently engage with Akefada International Limited, a people empowerment and enterprises development organization with interest in real estate, property development, financial planning and analysis, investment and management consultancy, with 3 branch offices across Nigeria and presence in United States, Dubia and Canada. He grew Akefada International Limited’s Real Estate arm from a $12,500 business to a $2.5Million Real Estate Development & Investment firm in 7 year. He current heads the Nigerian aim delivering investment and financial freedom opportunities to people. 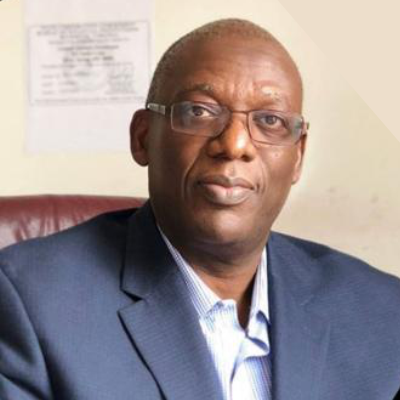 Deji is the president and financial officer of diamond financial mortgage corporation headquartered in Laurel Maryland (USA) – A position he has held since 1995. He has over 30 years Experience in the banking mortgage lending operations in the U.S; As well as the Nigerian –West African bank sector, where he started at the foreign exchange department of the national bank of Nigeria in 1981.

In march 2012, Deji joined – OVESCO and 2.7 billion lending international commercial real estate firm as the broker correspondence in charge of Africa and the middle east. Deji host a B.A degree in international business and economics (1990) from eastern Washington University, Cheney (USA) and diploma in retail banking from the institute of financial education in Illinois(USA), advanced mortgage loan originating and under writing certificate from financial strategy institute, Carmel, Indiana (USA). He is a member of the national association of the mortgage professionals (USA) and the Maryland association of mortgage professionals. 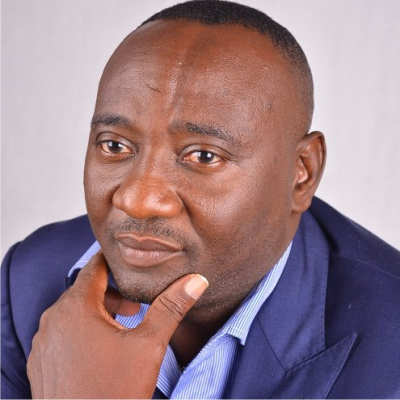 Dr. (Hon) Peter Adesewo is a self-motivated, methodical, and innovative and result oriented Chartered Accountant; Chartered Economist and Certified Microfinance Banker with a high analytical mind and superior managerial skill that is driven by his passion for excellence.

Possess solid and extensive experience in Financial Reporting and Control, Strategic and Financial Management with a good Leadership skill that is garnered in the following field; Financial Services, Public Services, Commercial Services and Real Estate.

A Christian with the fear of God at heart, he is also superb team player and leader, with a strong interpersonal & communication skills. He is smart and possesses over ten years Corporate Governance practicing and Board experience, having served on various Board and Board Committees particularly in the Financial and Real Estate Services Sector. 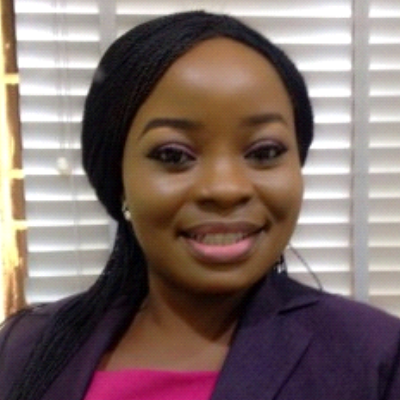 Bukola is a graduate of Economics of the Olabisi Onabanjo University Ago-Iwoye,Ogun-State,she also obtained her National Diploma in Accounting from Yaba College of Technology Yaba. She has experience in Financial Reconciliation administration, customer/public service relations She did her Industrial attachment in Destiny insurance company Marina, as a credit control officer 2005/2006. In 2014, she joined Pacis Multiplex Limited a real Estate company as a sales consultant, rose to the position of a senior sales consultant and also a group head this gave her a vast knowledge into marketing/sales. She is currently a member of the BUTTERFLY ECHOES INTERNATIONAL MARKETING GROUP. Presently, She is the Assistant Business Manager Akefada International Limited. Her hobbies are planning & coordinating, traveling and meeting people. 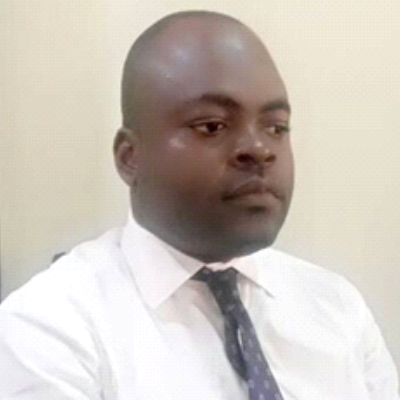 Work Experiences: Mr Christopher started his career in the law firm of THE ROCK CHAMBERS, Minna, Niger State, in 2007 (during his National Youth Service Corp assignment); he subsequently relocated to Lagos State and joined the firm of S.F AKINRELE & CO in 2008, where he worked actively in the litigation and commercial arm of the firm. He subsequently joined the law firm of LAWSMYTHBOND & CO. in January 2009, as a Junior Counsel and Associate and he was also very active in the commercial, corporate and litigation arm of the firm. He joined the firm of FREEHILLS SOLICITORS in 2011 as a Partner. He is presently the Principal partner in the Law firm of ISICHEI & WORTHS LEGAL PRACTITIONERS; He has acted as the Company Secretary/General Counsel to a number of Companies within Nigeria and he has had over 8 years of experience in company matters practice; He is a member of the Nigerian Bar Association(NBA) and The Chartered Institute of Loan and Risk Management (CILRM); He speaks English, and Yoruba fluently. 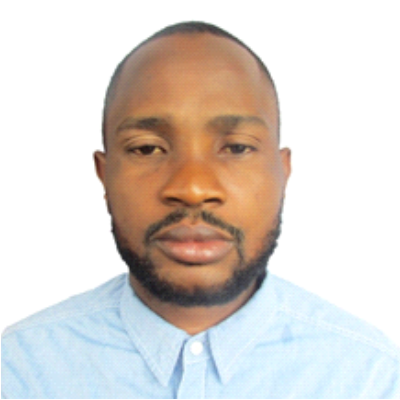 Olasunkanmi is a graduate of Federal University of Technology Minna Niger state, where he obtained Bachelor of Technology (B.Tech) Hons in Building. He formal worked at the Ministry of Housing & Urban Development, Yola, Adamawa State as a Site Supervisor, he had his Industrial training with Wood Pecker and Company, Acme Road, Lagos State, and he also worked at Virtureal Nig. Ltd as a Project Engineer.

Olasunkanmi a registered Builder (NIOB) then moved to City Prime- Garden Estates Ltd as its Project Engineer in 2012, he is currently with AKEFADA INTERNATIONAL LIMITED as their Projects and Site Engineer. 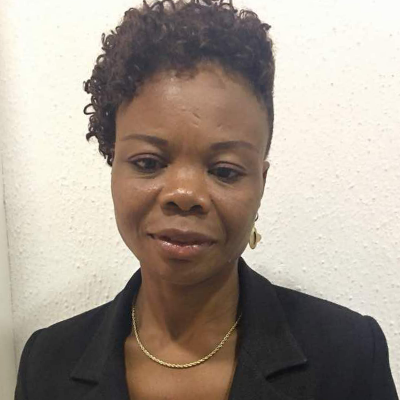 Maureen hails from Edo state.  She is a graduate from LASPOTECH ,where she studied BUSINESS ADMINISTRATION. Immediately after her first degree, she was introduced to City Prime real estate company where she joined as an apprentice who grew to becoming a branch manager after proving her worth with several successful massive sales in acres over the years in the company. 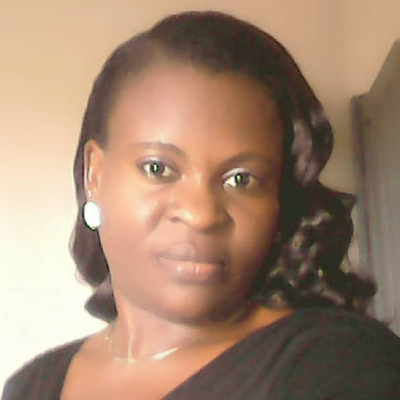 Harmony is a graduate of Computer science from the university of Nigeria Nsuka,Enugu. She has experience in insurance policies from an insurance company for 2 years before finding herself in Real Estate Business ,where her vision lies. She sold exponentially for 7 years in Real Estate sales performance in three different companies and was decorated with different awards in styles. She likes making people happy and meeting their needs in her capacity.

She is also very good at marketing strategies. She is currently the Manager of Amazing Branch office in Akefada International Limited. She is very beautiful and engaged.

Message Us on WhatsApp